What are the benefits of Hemp Seed infused Massage Oils?

Cannabidiol (CBD) is a natural compound found in and derived from the cannabis plant. It has anxiety and pain-relieving qualities. In part thanks to its anti-inflammatory and mood boosting properties. Commonly mistaken for sharing the narcotic effects of Marijuana Oil, Hemp seed carrier oil truly has different properties and effects than the oil derived from its plant relative. 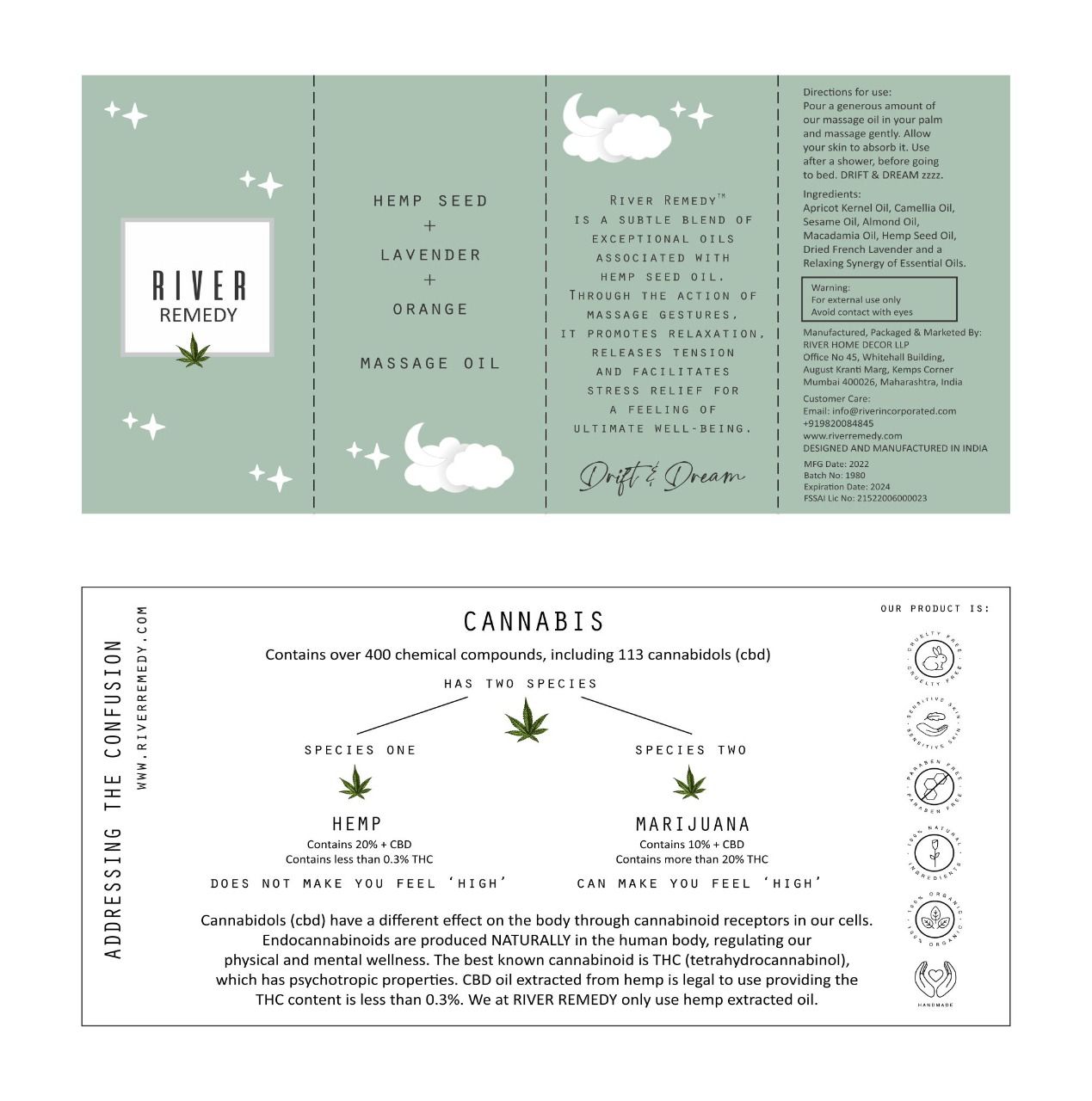 •Despite the fact that Hemp Oil and Marijuana Oil are both derived from varieties of the Cannabis plant, these two oils are produced in different ways and thus have different properties and effects.

•Hemp Oil does not exhibit the sedative or narcotic properties that are characteristic of Marijuana Oil.

•Used topically, Hemp Carrier Oil is reputed to refresh, revive, and strengthen the skin, even out the complexion, enhance its texture and appearance, maintain its suppleness and softness, and repair dryness as well as damage.

•When applied to hair, Hemp Seed Carrier Oil is known to naturally calm inflammation of the scalp and to condition the strands, thereby promoting their rejuvenated appearance and texture.

Historically, the Cannabis sativa botanical – more commonly known as the Hemp plant – was used in the manufacturing of clothing, footwear, rope, and eventually paper products, among other versatile uses. In the context of spiritual practices, Hemp was used in rituals wherein it was burned as incense to elevate mystical mindfulness and alertness to enhance meditative observations. In Africa, it was used and continues to be used medicinally to address symptoms of fevers and dysentery as well as snake bites. According to historical records, the ancient Chinese used Hemp seeds and Hemp Seed Oil in culinary applications as early as 6000 BCE. For millennia since then, physicians have used Hemp seeds to address several illnesses, disorders, and complaints.

LINOLEIC ACIDS (OMEGA-6) are known to:

•Moisturize hair and promote its growth
•Facilitate wound healing
•Be an effective emulsifier in the formulation of soaps and quick-drying oils
•Exhibit anti-inflammatory properties
•Soothe acne and reduce chances of future outbreaks
•Promote moisture retention in skin and hair
•Make oils feel thinner in consistency when used in an oil blend, thus being beneficial for use on acne-prone skin

ALPHA-LINOLENIC ACID (OMEGA-3) is known to:

PALMITIC ACID is known to:

STEARIC ACID is known to:

•Have cleansing properties that purge dirt, sweat, and excess sebum from hair and skin
•Be an ideal emulsifying agent that binds water and oil
•Help products remain potent when stored for long periods of time
•Condition and protect hair from damage without diminishing luster or making it feel heavy
•Have exceptional cleansing properties
•Soften skin

GAMMA-LINOLENIC ACID (OMEGA-6) is known to:

The Cannabis plant also contains a class of several chemical constituents called Cannabinoids, which are the compounds responsible for giving Marijuana the mind-altering effects that change a person’s temperament, conduct, perceptions, sensitivities, and awareness, among other faculties. The main psychoactive component in Cannabis is called Tetrahydrocannabinol, more commonly identified used cosmetically or topically in general, Hemp Seed Carrier Oil is reputed to refresh, revive, and strengthen the skin with its emollience. It is believed to even out the complexion with toning properties that promote the clearing of conditions such as acne and eczema, thereby enhancing skin’s texture and appearance.

Rich in vitamins, minerals, and antioxidants Hemp Seed Oil is known to help maintain skin’s clarity and brightness for a radiant complexion that looks and feels rejuvenated. Hemp Seed Carrier Oil works to balance oil production in the skin of all types while soothing inflammation and shielding skin against harsh environmental pollutants.

We at RIVER REMEDY, extract only the hemp seed oil from the plant. Our massage oil is formulated carefully with a blend of 5 different carrier oils. Some of the benefits may include ANXIETY RELIEF | ANTI SEIZURE | NEUROPROTECTIVE |PAIN RELIEF helping you with Arthritis, Chronic Pain, MS pain, Muscle Pain and even spinal cord injuries.

RIVER REMEDY MASSAGE oil has all of the important benefits as any other massage oil, plus it’s own added qualities. Our oil reduces friction on the skin and improves the ability of the massage therapist to treat the muscles without stressing the skin. Drift & Dream is what we say!

Please get in touch with our sales and customer relation team at info@riverincorporated.com or alternatively please call on +91 9820084845