France is associated as a country with sophistication, sensuality, luxury, chic beautiful scents. The unique plants and climate influence the locally grown perfume ingredients. Perhaps because of this sole reason the French have the best “noses” in the world.

When did France become fragrance central?

You cannot really discuss French perfume without mentioning Provence and the French Riviera. This is the region which houses the largest farms of plants used in the production of scented substances. The town of Grasse is by far the most well-known point of interest in the region – the town is referred to as the perfume capital of the world, and was made famous by the movie “Perfume: The Story of a Murderer”.
In order to understand how Grasse, which numbers only a little more than forty thousand inhabitants, achieved such tremendous success in the perfume industry, it is necessary to go back in time to the 12th century. Back then, Grasse had nothing in common with any subtle fragrances. History shows that the places which smell the worst, tend to transform into powerhouses when it comes to perfume production.

At the time, Provence-Alpes-Côte d’Azur was known for its tanning industry, and leather working was usually accompanied by a wide range of unpleasant smells. The increasing air pollution resulted in attempts to combat the stench with perfume in the 16th century. As it turned out, the local climate was very conducive to growing plants used in manufacturing scented substances, and, eventually, the perfume industry overtook the local tanners in importance. The region developed at its fastest pace during the Enlightenment, when the local workshops manufactured perfume for the most famous Paris fashion designers.

The explosive growth of the perfume industry would never have happened if not for the efforts to recruit people with an extremely keen sense of smell. The so-called “noses” work there to this day, and their services are said to be worth their weight in gold. There only exist about 50 such experts, and their services are in demand among all major global perfume manufacturers.
Some of the oldest perfume manufacturers exist in Grasse to this day, such as Galimard Parfumeur (est. 1747), Molinard Parfumeur (est. 1849) and Fragonard Parumeur, named after a local master painter, Jean-Honore Fragonard. 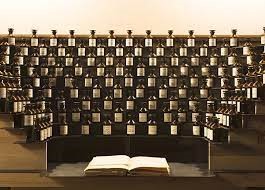 The area around Grasse is still known for its fields of perfume ingredients, including jasmine, rose, mimosa and orange blossom. When the local lavender bushes are in bloom, the region also becomes a very popular tourist destination. The sprawling purple fields are a sight to behold, and allow one to truly understand why France is considered to be the perfume capital of the world.
Grasse is especially known for its fragrant May rose, the pale pink flower that blooms in May, and jasmine. Both flowers are at the heart of more than a few famous fragrances, including Chanel’s breathtaking star, No. 5. 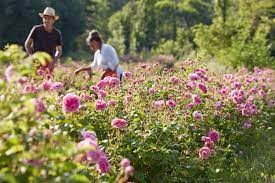 To this day, in and around Grasse, Dior, Hermès and Chanel all grow May roses and jasmine in protected flower fields. Every year the town exuberantly celebrates both of these fragrant blossoms with two festivals, and just this year Dior re-established the famous Château de la Colle Noire, Christian Dior’s former residence in Grasse. 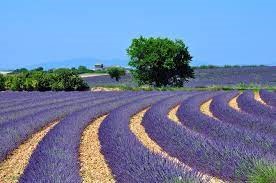 Please get in touch with our sales and customer relation team at info@riverincorporated.com or alternatively please call on +91 9820084845